For some years, a row of evergreen trees growing to the southwest of Dowth has gradually blocked the light from the setting sun at Winter Solstice entering the southern chamber of the Neolithic cairn. However, a couple of years ago, with the permission of the land owner, there was some trimming of the trees which allowed sunlight back into the chamber - with glorious results, as can be seen in these photos, which were taken by Anne Marie Moroney in early January 2011. Anne Marie, author of 'Dowth - Winter Sunsets', has been studying the phenomenon for years. 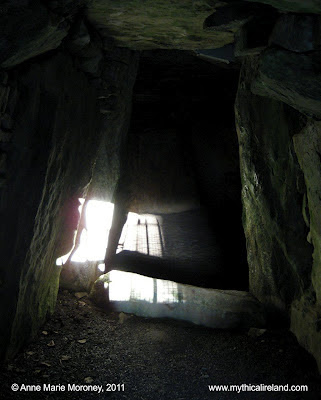 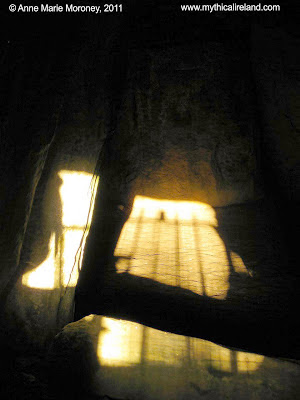 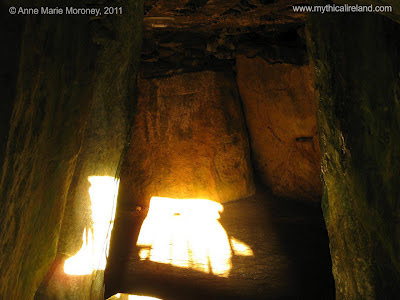 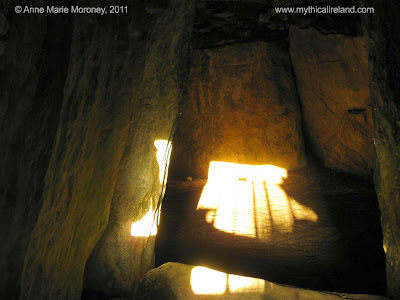 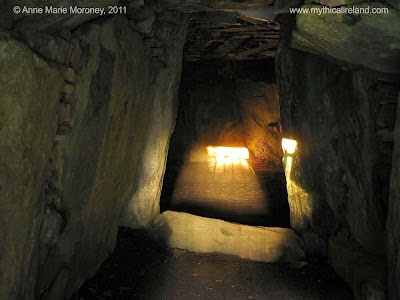