Cygnus the swan and Lyra the lyre 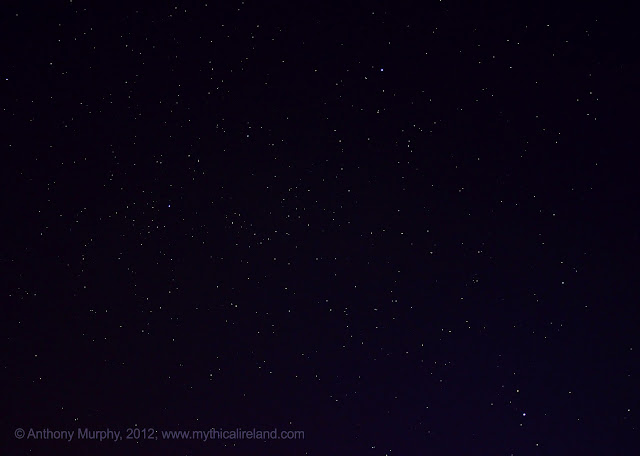 The constellation we know today as Cygnus, meaning The Swan, was probably also known in ancient Ireland as a swan. There is abundant swan mythology in Ireland's ancient lore, and there is a very strong connection to Newgrange with swans, especially the Whooper Swan which winters there. This is discussed in a chapter called The Cygnus Enigma in 'Island of the Setting Sun'. Above is a photo of the cross-shaped Cygnus with its bright star Deneb, and (above to the right), the constellation of Lyra, the Lyre, with its bright star, Vega.
Posted by Dronehenge at 14:08