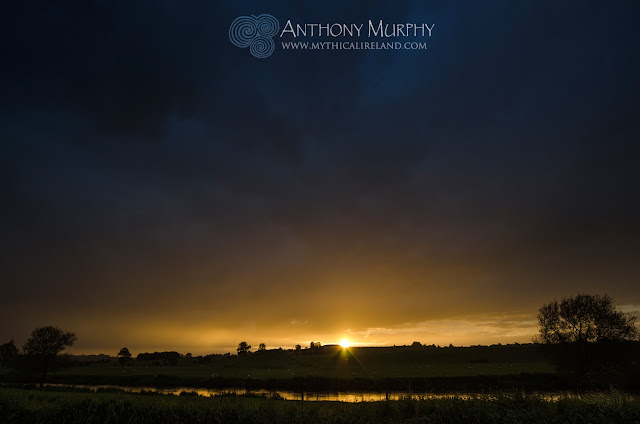 The clouds looked ominous as I headed out from home towards the Boyne Valley. As I got closer to Staleen, on the southern banks of the Boyne opposite Newgrange, I could sense that something dramatic was about to happen in the sky. In my rush to get out there, I left my 18-105mm lens behind (at home) and only had my 12-24mm wide angle lens. I grabbed my camera and ran down the path along the Boyne canal. I was breathless when I got to the location from which the above photograph was taken. Within moments I was clicking away as the sun appeared below a great bank of dark cloud. For a few moments, it was spectacular. The sun lit up the whole underbelly of the cloud, creating a dramatic sky. It might have been raining - meaning that I had to wipe the lens pretty much after every shot - but it was perfect! The moment had finally arrived. Sunset on the longest day of the year had come. Orion carried the golden ball of light down into the earth. And it was beautiful.

Below is a sequence of four unedited jpegs showing just how beautiful it was. 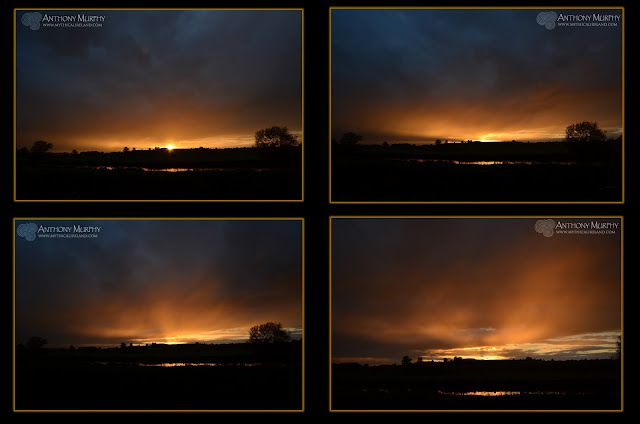