Ireland's general election: let us cherish our democracy and not light the "incendiary torches" of hatred

We live in a democracy. Supposedly. This Friday, many of us will have the opportunity to vote to elect a new government. Politicians have let us down. No doubt about that. While some of them are claiming the country is in recovery (like a sick patient), many others say the country is in an awful state. Personally, I think the measure of a state or government is its ability to look after its most vulnerable citizens, and there’s no doubt that on that front, the incumbent legislature has failed abysmally.

What are you going to do about that? 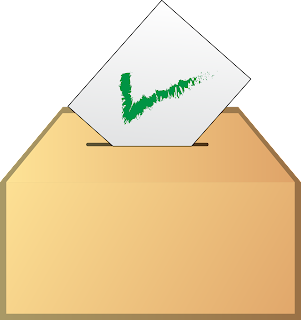 But do you have the right to behave like a thug?

There is a disturbing and worrying trend going on with the rise of the individual opinion on social media and the internet. Now I’m all for free speech, and I love the freedoms that we as a people enjoy. A lot of people paid very dearly so that we could enjoy these freedoms. I put a very high value on them.

But there is a nasty undercurrent to a lot of the commentary online lately, and I don’t like it. Yes, by all means, register your anger. Yes, let your feelings be known about the health service or the poor internet infrastructure or the mistreatment of the elderly or the bailing out of the banks or the lack of services in your town or area. By all means, say it. God knows politicians will only act when they hear enough people complaining about the same issues. And sometimes even then they don’t act.

But for the sake of the real democracy that we cherish, please put a stop to the thuggery and the nastiness. Who would be a public representative in this atmosphere? Who would put themselves up for public election and public scrutiny, knowing that so many individuals are waging campaigns of vilification against elected representatives? I don’t like this government. I don’t like a lot of the things they’ve done, and I am disappointed about the things they haven’t done. I’d like the chance to engage some of the candidates at the door, but so few of them have called, and at times when I am not here, so I’ve had to forego the opportunity. Do I then take my complaint online, and hurl abuse at them, and maybe even “shout” at them, so to speak . . . and perhaps even speak threateningly towards them?

IF we want to wage war on political failure, our principal weapon, apart from our voices and our pens and keyboards, is our vote. That’s what democracy cherishes. And that’s what we should cherish.

What’s going on in a very public way on social media (principally Facebook from where I’m sitting) is not democracy at work. It’s abuse. It’s nasty. It’s personal, vindictive, vicious and malicious. And it has to stop. If you don’t like such-and-such a candidate, vote them out. Put your number 1, and 2, and 3, beside those who you would like to represent you. And hope that enough people have the sense to do likewise. And when you’re online, keep it constructive, and above board, and don’t become a thug. There are enough psychopaths in powerful positions in the world. We don’t need psychopaths telling us how to vote, and we certainly don’t need them behaving appallingly towards those who, whether we like it or not, were voted into power by this democratic process that we cherish so much.

If you don’t like that, then put yourself in the position of an elected representative. Would you tolerate constant abuse, and threats? From anyone? I don’t think so.


I will finish with advice from the famous psychologist C.G. Jung, summed up nicely by his biographer Marie-Louise Franz in her book “C.G. Jung – His Myth In Our Time”, which I think is very relevant to the current situation:


That which in Jung’s view constitutes our greatest danger today is the presence everywhere in the West of subversive minorities who hold “the incendiary torches” ready and rejoice in the protection of our sense of justice. He often emphasized that one should not underestimate the danger inherent in this stratum, since it is not wise to be too optimistic about the “reasonableness” of the average citizen; among our respectable citizens there are too many criminals and personalities with latent pathology who, behind an appearance of normality, are undermined by unconscious illnesses and perverse tendencies. In the event of an upheaval, such individuals suddenly rise to the surface and strengthen the position of the public agents of violence. They are ruled by infantile wish-fantasies and personal affects and resentments and infect the normal citizen with these, unless the latter already happens to be aware of these things in his own shadow.


Note: I know this is not directly related to Mythical Ireland, but it's something I feel very strongly about. I'd been meaning to write about it for a while, and with the General Election two days away, I was prompted to write by something I saw online written by my friend Laura Murphy. Hopefully you can tolerate this slight diversion away from matters mythical.
Posted by Dronehenge at 12:19