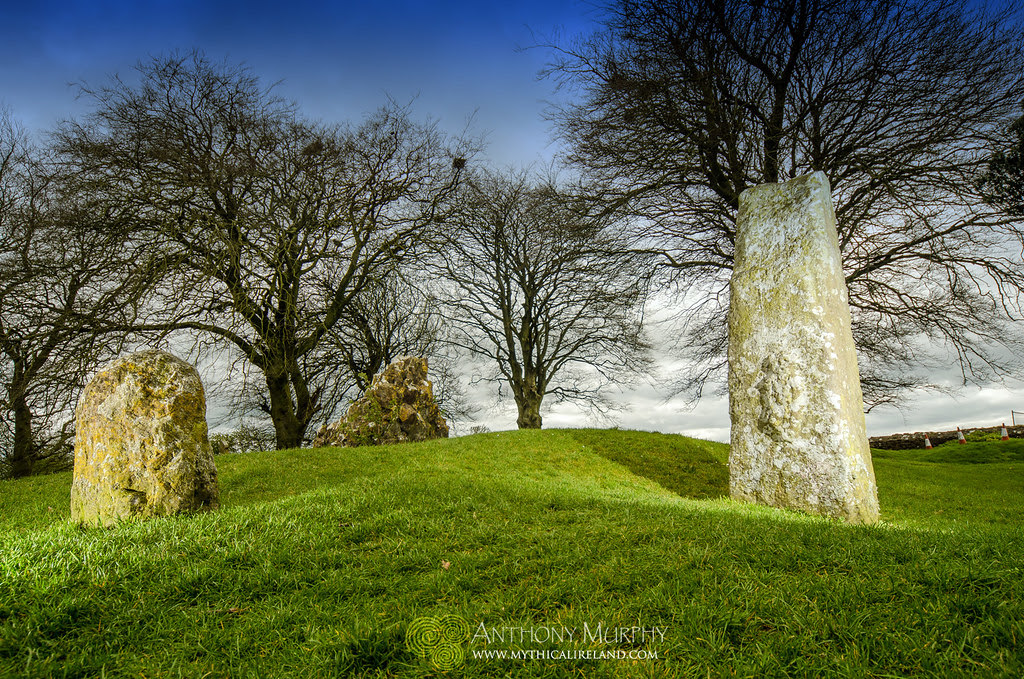 Blocc and Bluigne, the two ancient standing stones in the churchyard on the Hill of Tara. Some people say they are guardian stones. Others say that they are fertility stones. One ancient text describes the inauguration of Conaire Mór as High King of Ireland. While wearing a cloak that should normally have been too big for him, he had to steer a chariot harnessed to two unbroken horses between these magical stones. Though one could normally only slide a hand sideways between them, these druid-stones parted before the king's chariot, allowing him to pass over the Lia Fáil, which then screeched out against his axle, declaring him king. (From Ireland - An Oxford Archaeological Guide by Andy Halpin and Conor Newman)

You can purchase Mythical Ireland's images on the gallery page.
Posted by Dronehenge at 11:06