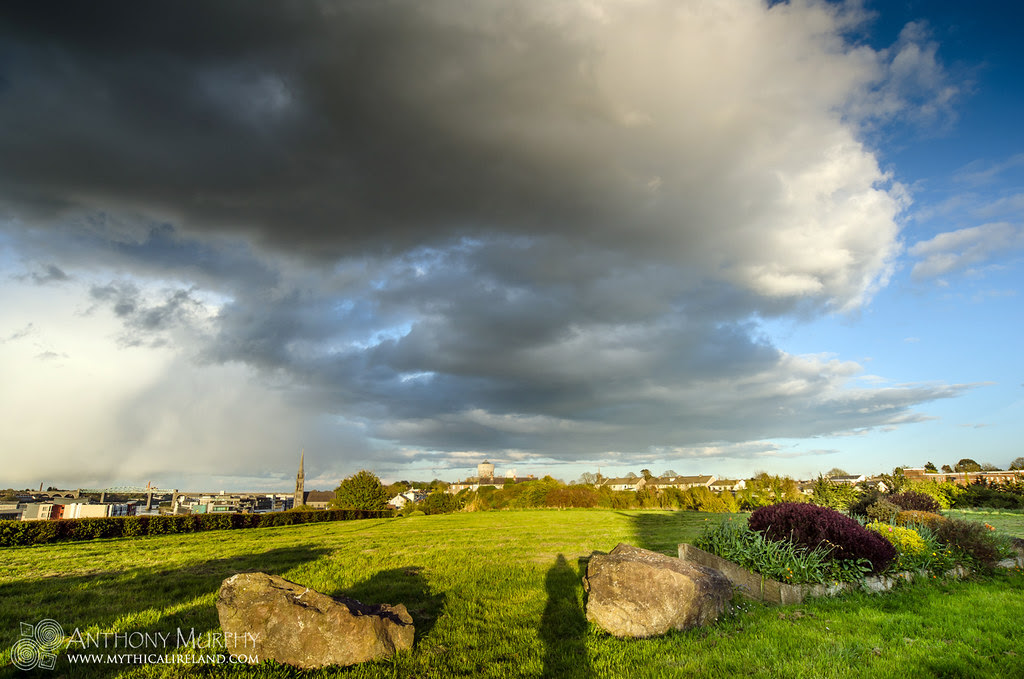 Evening storm clouds over Drogheda. In the centre of the photo is the martello tower at Millmount, which sits on the top of a large earthen mound. The mound is said to have been raised by the Normans in the 12th century AD, but local folklore says it is the burial place of an ancient Milesian bard, Amergin, who is said to have arrived from Spain in the 17th century BC. Recent archaeological investigations of the mound have revealed the possibility that it might be a mound of earth dating into prehistory.