Tractor at work in the Nanny valley, Bellewstown, Co. Meath 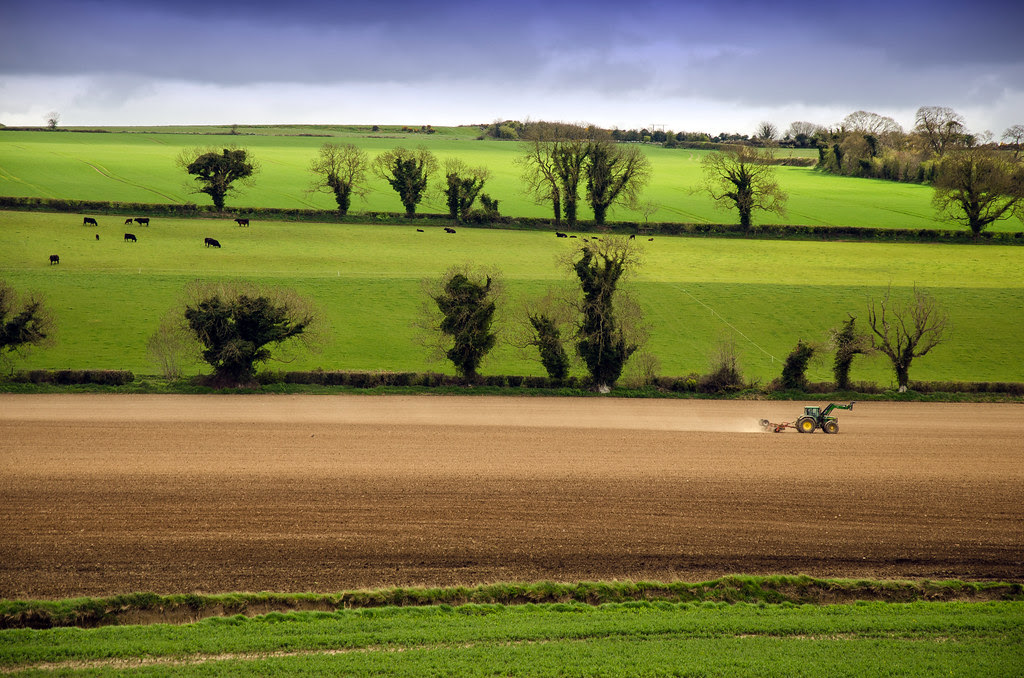 A tractor in a field in the Nanny valley near Bellewstown, Co. Meath, rolling the soil after ploughing. The introduction of agriculture in the New Stone Age was arguably the biggest social and technological revolution of the ancient world, and set in motion the creation of today's civilisation. Mankind emerged from the forests, and left his hunter-gatherer lifestyle behind in favour of a seasonal farming life. It can't, however, have been easy to till the soil without the aid of metal tools, and although the new agricultural lifestyle did provide windows of "down time" - in which the great stone monuments were built - it didn't immediately create a sedentary and enchanted existence. Life was still harsh. The introduction of a lot of grains into the diet may also have contributed to shorter lifespans - not longer ones. Today, we can easily see why the biggest passage-tomb monuments are in this region. The Boyne valley area is abundant in rich, fertile brown soils. The Nanny river runs from Kentstown through Duleek and on through Julianstown towards the sea at Laytown. It is the next river to the south of the Boyne.