Video: The story of Balor and how he stole the magic cow Glas Gaibhlinn and brought it to Tory Island


Tory Island is famous as having been the mythical stronghold of the Fomorians, led by Balor. Balor was said to have stolen the magic cow, Glas Gaibhlinn, from Gabhan the smith on the mainland. He brought it to Poirtín Ghlais, dragging her up the beach by her tail. There's a little explanation about why, even though she's described as a milch white cow, the Glas Gaibhlinn's name, glas, means green or grey. 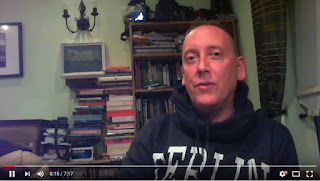 The story about the magic cow is echoed on the east coast, where Balor was said to have stolen the magical cow and her calf from Ulster and led them down along the coastline. When they crossed the Boyne, the cow looked back and, realising she was far from home, let out a scream. Balor (of the Evil Eye) opened his huge single eye and immediately the cow and calf were turned to stone, forming the Rockabill Islands off the coast of Skerries.